The Method
In this method, an indenter is drawn across the sample' surface at a constant speed and a defined normal force (constant or progressively increasing).The load required to generate failures such as cracking, chipping, coating lift, partial and complete delamination can be identified.The technique also permits the evaluation of the elastic and plastic deformation (permanent deformation).

Practical Adhesion and Scratch Resistance
The technique is used to determine the practical adhesion strength of coating and the mar and scratch resistance.  The scratch testing technique offers a much higher resolution than conventional peel adhesion testing.  The sample is tested "as is", without altering the surface and interface with pre-test procedures such as applying a tape or making incisions which can generate micro cracks and other defects.

While the scratch and adhesion test is computer controlled, at EP Laboratories, we always meticulously identify the failure loads visually under the microscope after each scratch.  It is more time consuming, however it is undoubtedly more precise and accurate.  Some failures, such as cracking and coating lift, can be missed if one only relies on analyzing the output curves. 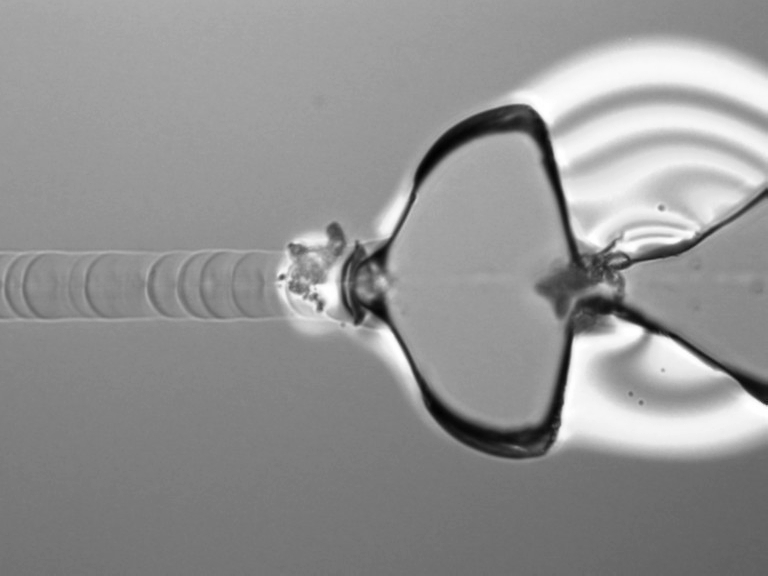